Let’s talk Total Costs of Ownership of One Laptop Per Child. Taking our set of different OLPC implementation cost calculators, as well as actual numbers that have bubbled up over the years, like IADB’s Project HA-T1093 with 13,200 students plus 500 teachers (with a budget of USD $5.1M), we can try to settle on some generalities so we can compare apples to apples. 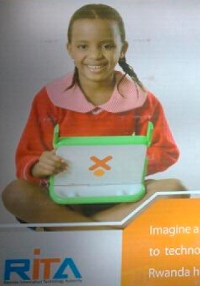 How much does this cost RITA?

Let’s start with how long the project will run, and what number of laptops we’ll need to replace (due to age, damage, loss, hardware failure, and so on) during that time frame. That should be easy, right?

Five seems to be the magic number when talking TCOs, which is convenient when projected OLPC lifespans are also five years. Reality may disagree with that (and certainly GeSCI and Vital Wave wisely do).

So let’s plan for five years, and drop re-purchasing of the whole batch within that period (see below for why this becomes relevant). We’ll instead presume some per-year replacements (damage, theft, environmental problems, and “normal” wear-and-tear), but even this gets harrowing.

The OLPC Deployment Guide handily provides numbers for expected monthly repair frequencies, which they project at .083% risk of bricking per laptop per month - 1% failure over the course of a year.

One percent seems to be a popular number, and it should be noted that the OLPC deployment guide breaks out the additional costs for replacement of screens/batteries/etc. totaling 17 cents per laptop per month (calculation includes labor costs of $8, divided among the incidents).

My original TCO put forward a standard 5% replacement covering both repair and replacement and loss/theft, which seems to be higher than most of the other calculations. The Vital Wave study presumes that all “ultra low-cost laptops” will need full replacement every three years, based on a GeSCI report (the GeSCI TCO tool itself aims to be non-prescriptive).

This lifespan skews the costs in the Vital Wave report to favor traditional newly-purchased laptops and desktops, which last the full five years of their cost analysis. The systems with three-year lifespans have a doubled cost due to repurchase within the five-year timeframe.

However, If you extend the time-frame just one more year and force a repurchase of all systems, the cost structure changes. Overall, it’s easier for this comparison to not deal with end-of-life costs and batch repurchase (important for implementation planning though that is), and instead focus on replacement/repair ongoing costs. 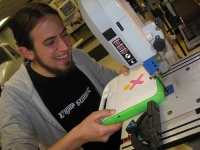 A way maintenance costs go up

With 32 being the magic number in the 1:1 classroom deployment, that’s 3 total loss of value (which presumably includes a combination of smaller repair costs as well as outright bricked systems) per 32 laptops over 5 years, so the loss of (3failures/32total)/5years is 1.875% annual failure rate (check my math and logic here, folks!). This of course discounts the 100% “loss” after the three-year lifespan is over.

The IADB devoted $71,200 in the Haitian budget to repair and maintenance for the Haiti project comprising 1,3700 OLPC laptops calculated at $188 each (with 10,000 being donated through G1G1):

At the EFACAP level, ICT advisors and the launching team will receive training in more sophisticated repair and maintenance (e.g. change of motherboard and connectivity issues). For problems requiring more technical expertise, MENFP will enter into collaborative arrangements with the schools benefiting from the Vocational Training Program (SF/1627-HA). A 5% replacement part stock will be financed.

So, a few long paragraphs later we’ve begun to unravel one minuscule piece of getting to an apples-to-apples comparison of the TCO models.

Perhaps it would be easier to set some standard expectations and focus on the commonalities instead of the differences. Let’s start off with a basic calculation across these tools. Five years of use, 100,000 laptops in country with 100 servers across 100 schools, with a total 2000 teachers and 80,000 students. That’s 800 students per school, and one teacher for every 40 students.

Are these realistic numbers? What should we calculate for the per-school Internet access costs? Do we include key expenses like teacher training and content and curricula development? Are there other system/country costs like distribution we should throw at these TCO tools?

I am asking you, dear readers, to suggest the answers. I’ll compile suggestions and run them through the TCO calculators. Need some more ideas on which costs are important, and which happen in “real world” OLPC deployments? Dig through the World Bank’s EduTech blog, where Michael Trucano has compiled an invaluable run-down of existing OLPC pilots which also links to a more extensive meta-evaluation by the Australian Council for Educational Research

These assumptions all carry the “hothouse flower” caveat, and further are meant to help us compare the TCO tools available more than represent a real-world OLPC deployment. That being said, it wouldn’t be a TCO post by yours truly without some heated discussion, so let’s hear it.

Follow the commentary and add your ideas at OLPCNews.com