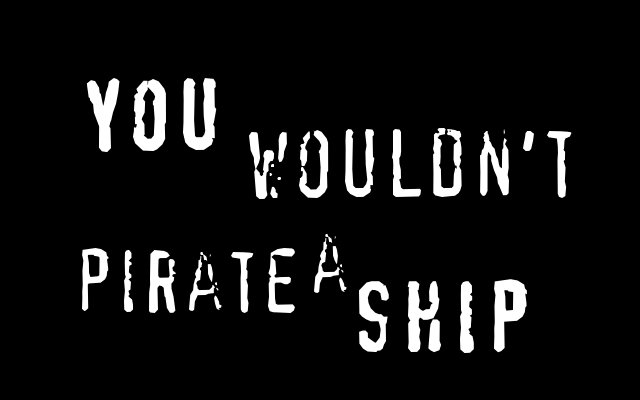 Over at FastCompany, Robert Levine writes that pirating Game of Thrones is a direct attack on this emerging genre of actually good TV shows, and those of us who would pirate it are simply being un-supportive of this business model:

The idea that HBO’s exclusivity amounts to an outrage seems silly, since it essentially amounts to commerce: If you want it, you have to pay for it. Obviously, HBO sets its own terms--it sells content by the month, not the episode--but so does every other company, in some way. Beer isn’t sold in five-packs. And, of course, Thrones is available on iTunes a year after it airs. (I waited to buy it and I’ve managed to lead a fulfilling life.) 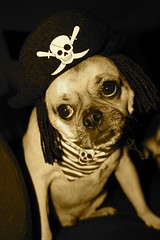 Waiting a year for your first-watch is just silly. And actually, I can buy a single beer at the corner store, or a five-pack of a personal mix of beers at the nearest Trader Joe’s. I cannot do this with HBO. It’s not that I’m unwilling to pay for a month, or even a longer time commitment to subscribe to HBO content - I pay for Netflix and Amazon Prime already; and buy season passes to shows on iTunes. To subscribe to HBO, I would have to first deal with the only cable provider in my neighborhood (and mind you, it’s not like I’m in the boonies. You know about that big building where Congress argues a lot? The nation’s capital? Yeah, that’s about 6 blocks away). Last time I wrangled with the cable here, it was a weekly 2-hr phone call + randomly scheduled mid-work-day technician visit, meaning I was without service for half the week. So, to get one show, I’d need to spend ~$200/month, plus the opportunity costs of my arguing with support staff on my weekend, and losing a half day of work a week for technician visits.

In what world is that sane? Even dropping the unusually crappy Comcast service I experience here, I see no reason why buying a full cable+premium channel line-up to watch one show makes sense.

Sure, if I were a better consumer, I would take my cable subscription as a sunk cost; but that model is gone, and to the extent that companies have not realized that and are making plans to go a la carte, they are going to be pirated, for the simple reason that they refuse to participate in a modern marketplace. Levine gets points for referencing this comic outlining the barriers that push people to pirating, but dismissing new business models, as he suggests, should not be taken lightly:

Piracy certainly threatens HBO, to the extent that it offers consumers a way to cancel their subscriptions. But the greater threat is that executives would listen to advice from bloggers and make Thrones immediately available on iTunes. The $30 or $35 HBO would get for an entire season of the show just wouldn’t add up to much compared to the $15 or so per month it gets from subscribers. As Forbes says, HBO is certainly "missing out on a huge potential audience." But so is Mercedes-Benz, and no one suggests it should start making Hyundais.

HBO is on a roll with good content, and already has HBO Go (available of course, only to cable subscribers) - allow non-cable-subscribers to pay a subscription fee of $10/month for all content, a day delayed from live TV. This still pushes some to buy cable packages (and I’m sure there’s a kickback from cable to HBO here), creates a solid revenue stream, and would dramatically reduce piracy, and being nice to customers is supposed to be good business anyhow. As Reddit co-founder Alexis Ohanian said in a debate,

There are so many people looking for an excuse to give money to support art in all of its forms, We as innovators need to do a better job price discriminating and making sure they can get access to whatever level they want to pay for it.

Of course, it’s also true that piracy can drive sales, so maybe this is all a grand advertising-through-piracy scheme - but I somehow doubt that.